This concert is dedicated to the lovers of contemporary music and the universal Hungarian repertoire. Still, we can find many a classical link in it. In the first part of the concert, we can enjoy magnificent Peter Eötvös’ two pieces: the first of which attempts to revive in today’s language the song of the sirens constituting a part of our culture since ancient times and to make all that audible that Ulysses might have heard or wished to hear. Eötvös’ Cello Concerto Grosso is a novel composition rooted in long and great traditions, where the orchestra’s eight cellists form a group of solo instruments in intense interaction with the actual soloist, so the typical hierarchical setup of concertos shows in a different light here. Bartók’s works present their composer from two different perspectives. His Four Orchestral Pieces showcases a Bartók in an Impressionist universe, while his Cantata profana presents him as a folklorist-composer who passionately seeks the roots opening new perspectives and the ultimate drive behind things until he reaches the famous phrase: "From pure source only."

Besides Bartók’s works, the Pannon Philharmonic plays under Peter Eotvos’ baton also two of the maestro’s own compositions, the Cello Concerto Grosso and the Sirens’ Song. As he himself put it, he has lived with Bartók’s music since his childhood.

How often do you work with the Pannon Philharmonic?

Since the opening of the Kodály Centre ten years ago, our relationship has become regular; I have conducted many a fascinating programme in Pécs. I am closely linked to the orchestra; they have played my work at the highest level in Pécs and Budapest, and we jointly won the prize for the best production at the Armel Opera Festival in 2016 with my work Senza sangue. We also performed this opera with great success in London. PFZ is the permanent partner of my foundation for young composers and conductors, in the framework of which they present composers and conductors mentored by my foundation, which I’m especially grateful for.

In the second part of the night, we’ll hear two of Bartók’s compositions with very different styles. How are they connected to the Sirens’ Song and the cello concerto?

The programme consists of two independent entities. Song and dance prevail in the first one. Besides their song, also the sirens’ seductive dance plays an important role. As Kafka put it:  “For a fleeting moment, he saw their throats rising and falling...But they--lovelier than ever--stretched their necks and turned, let their cold hair flutter free in the wind, and forgetting everything clung with their claws to the rocks." This is in contrast to the hard, boots dance of the Cello Concerto Grosso.

In the second part, we arrive in a completely different world. While Bartók’s Four Orchestral Pieces, composed in 1912 and orchestrated nine years later, still carries the traditional stylistic features of the turn of the 20th century, his Cantata profana written in 1934, doesn't only feed from "the clearest spring" but also from the purest Bartókian sound universe. The ballad-like tone of the poems coming from the Romanian colindes is the counterpoint to the political and social cataclysm of the 1930s and a marvellous example of Bartók's way of seeing the world, presenting to us the purity of nature. 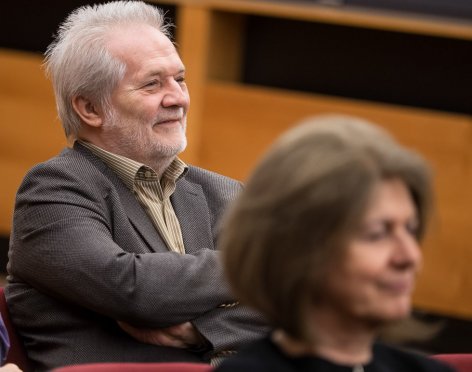 The South-Korean cellist Sung-Won Yang is coming to the Pannon Philharmonic as the soloist of Peter Eötvös’ Cello Concerto Grosso. The artist taking to the stage both in Pécs and Budapest is associated with to Hungary in several ways.

The Asian premiere of the Cello Concerto Grosso is linked to you. Have you played it on several occasions?

At its premiere, I played alongside the Seoul Philharmonic, and for the last time, with the Symphony Orchestra of the ORF on the stage of Viennese Musikverein. As its title suggests, it is a grandiose concerto, where not only the solo cellist but the orchestra's cellos also play a pivotal role. It is a very rich, complex and challenging piece, not only alluding to the Transylvanian roots of Hungarians and the spirit of Transylvanians but also a culturally cosmopolitan approach which makes it accessible to everyone from Paris to Tokyo.

Have you worked with the Pannon Philharmonic before?

This will be the first time. I listen to a vast array of recordings on various video-sharing platforms, so I have had the chance to listen to the streams of the Pécs-based orchestra as well. Although I've been to Hungary several times, I have only seen Budapest so far, so I'm especially pleased to play in the Kodály Centre, so famous for its excellent acoustics. 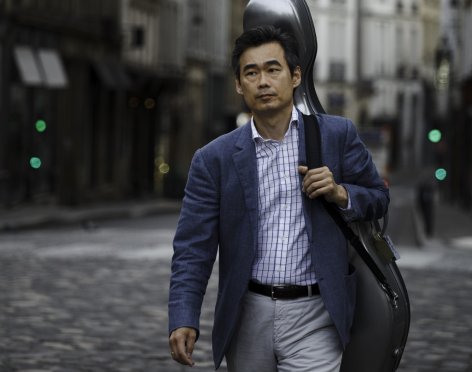