Romanticism, the most prevailing stylistic movement of the 19th century, was much preferred exotic themes.   It may surprise us today, but the genetic disorder of sleepwalking in the period of deep sleep – formally known as somnambulism - was one of these. The musical imagination of the then thirty-year old Vincenzo Bellini was also captured by the theme of sleepwalking, when he composed La sonnambulata in the winter of 1830/31, which is a renowned piece of the bel canto repertoire. The young deceased composer penned it at end of his short career, directly before  - or simultaneously with – Norma. The opera, which was highly successful in 19th century, was rediscovered when Luchino Visconti staged it in the Scala in Milan in 1955, featuring Maria Callas in the title role.  The opera was born in a period when sleepwalking was a common motif in theatre pieces, but more specifically, it was inspired by Ferdinand Hérold’s ballet, which was first performed in Paris in 1827. The author of its scenario was the highly versatile and popular Eugène Scribe. Bellini, later, set Felice Romani’s libretto to music, which was also based on Scribe’s text.

The Czech coloratura soprano, Zuzana Marková, stars in Müpa’s performance. She has earned great acclaim in the world of Italian operas, especially in bel canto compositions: she is a celebrated Lucia and Violetta, but she is also admire in the roles of Manon and Donna Anna. Her partner, the Sardinian born tenor, Francesco Demuro excels in the same genre and has appeared in many roles ranging from Nemorino to the Duke of Mantua and Alfredo.

The production is conducted by a real opera conductor, an expert of the Italian repertoire, Riccardo Frizza, a returning guest at the Scala in Milan, the Fenice in Venice, the Parisian Opera and the New York Metropolitan Opera.

The concert is a co-production of Müpa and the Pannon Philharmonic. 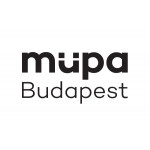 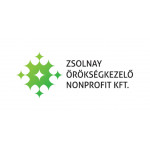 You may also be interested in this concert, too!