CAST CHANGE ANNOUNCEMENT We kindly inform you that in our performance of Donizetti’s Lucrezia Borgia on 23 November, the Italian soprano, Carmela Remigio, will replace Yolanda Auyanet on the stage. The Italian singer has garnered great success as Lucrezia on several occasions, among others, at the Donizetti Festival. The set will be altered as the genre requires: as the production is half-theatrical, the stage movement demanded by the role will be managed by the director's crew. At the same time, we can relish the beautiful voice of the protagonist standing and singing on the edge of the stage. We appreciate your understanding and cooperation.

Already as an established tradition, each year, we can view the concert performance of opera in the Kodály Centre. This time, it is Gaetano Donizetti's Lucrezia Borgia, opera in a prologue and two acts, whose libretto is based on Victor Hugo's eponymous drama. The melodramatic opera is set in 16th-century Venice and Ferrara, in the world of the red-handed Borgias and aristocrats plotting against each other. The main storyline focuses on Lucrezia Borgia and the young nobleman Gennaro with a mysterious family background. The elephant in the room – the secret – is that Gennero is actually Lucrezia's son. Still, only Lucrezia herself is aware of it, so nobody else understands why she is so well-disposed towards him. Lucrezia's husband wants to have him executed, while Lucrezia wants to take revenge on her enemies, who are also Gennaro's friends. The tragedy is caused by Lucrezia's poison, which alongside his friends, also Gennaro drinks. The duchess arrives too late with the antidote: her son dies in her arms. The popularity of the opera premiering in the Scala of Milan in 1833 is clearly evidenced by it being staged in the two-year-old Pest Hungarian Theatre in Hungarian as early as 1839.

"Beautiful voices, enchanting melodies, exciting plot and thrilling destinies. These are the main features of the universe of the 19th-century bel canto opera. As to the three great names of this repertoire, Rossini is especially beloved for his opere buffe, but Bellini and Donizetti penned several masterpieces of the successor genre of the opera seria, among them, a series of operas with a historical plot. One of these is a rare musical treat, Lucrezia Borgia, performed tonight by international stars. Usually, when it comes to operas based on Victor Hugo’s dramas, we tend to think of Verdi’s Rigoletto and Ernani. This great French poet and writer's drama, written in 1833, Lucrèce Borgia, however, also inspired one of the great composers of the bel canto era, Donizetti, to pen his opera with the eponymous title. It was first staged in the Scala in Milan already in the same year as the drama itself. The plot teeming with secrets and surprises unfold in a prologue and two acts.

The Italian soprano, Carmela Remigio, in the title role in Pécs, after winning the 1992 “Luciano Pavarotti International Voice Competition” she made her debut – at the age of nineteen – singing the lead role in Giampaolo Testoni’s opera Alice at the Teatro Massimo in Palermo. Heir to Italy’s greatest singing tradition she has performed with Pavarotti in over seventy concerts worldwide since 1997, performing at London’s Royal Albert Hall, New York’s Carnegie Hall, and then Paris, Miami, Dublin, Beirut, Seoul to name a few. Following her first baroque roles – that allowed her to develop her enunciation skills – she dedicated passionately to Mozart’s operas. A passionate Bel Canto interpreter, Carmela Remigio has expanded her repertoire to include roles like operas by Puccini, Donizetti, Verdi and Rossini. The Romanian tenor, Stefan Pop, winner of Plácido Domingo’s Operalia competition in 2010, now starring in the role of the young Venetian nobleman, Gennaro, is, however, a bel canto singer through and through. The concert’s conductor, Edita Gurberova’s frequent partner, a true specialist of the bel canto repertoire, Andry Yurkevych, is already a returning guest in Müpa.”

This production is a joint effort of Müpa, the Pannon Philharmonic, the Zsolnay Heritage Management Ltd.

I HAVEN'T YET SUNG THE DUKE OF FERRARA, BUT DON ANNIBALE IN IL CAMPANELLO, THE NIGHT BELL, HAS BEEN ON MY REPERTOIRE. I AM SORRY THAT DONIZETTI'S OPERAS, AND IN GENERAL, BEL CANTO OPERAS, RARELY FEATURE ON STAGE. I FEEL VERY COMFORTABLE IN THESE ROLES, SO MUCH SO THAT I HAVE SUNG THEM AT VARIOUS SINGING CONTESTS. THEY ARE LIKE GOING  TO A HEALTH RESORT TO GIVE YOUR VOICE A PLEASANT TREATMENT. 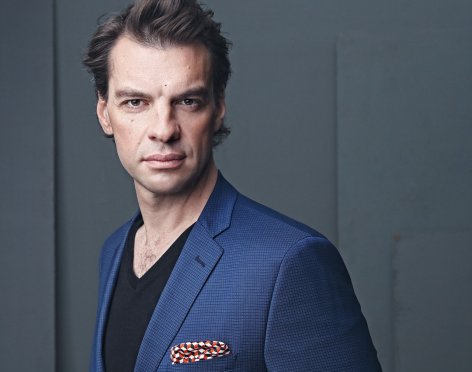